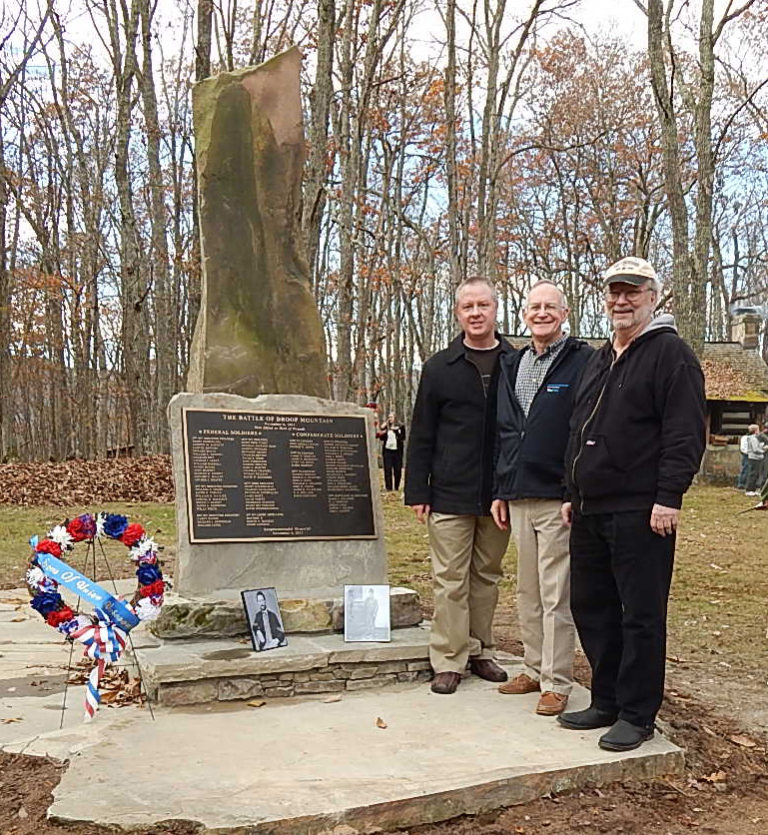 November 6, 2013, marked the 150th anniversary of the Battle of Droop Mountain. Droop Mountain Battlefield State Park Superintendent Michael Smith did a great job in organizing a wonderful ceremony to dedicate a new monument to the soldiers killed or died of wounds during the battle. Speakers included my good friends Terry Lowry, author of Last Sleep: The Battle of Droop Mountain, and Richard A. Wolfe, representing the West Virginia Civil War Sesquicentennial Commission. I had the honor of reading the names of the fallen soldiers of the West Virginia Mounted Infantry units. [Photo on left: L-R, Steve Cunningham, Richard A. Wolfe, Terry Lowry]